What is my research project about? Part 3

Angel Island contains a range of different rock types. As we walk from one end of the island to the other, we walk across rocks that have been sourced from several different environments. Towards the south part of the island, we discover the pillow basalts. Close to Perles Beach, these pillow basalts are exposed in their true form. You can actually see the pillow shape of the rocks that once had erupted on the base of the seafloor where hot lava chilled into pillow shapes upon contact with the cold water. The island also contains remnants of once-used quarries that supplied rock chips and gravel for road construction on Angel Island. A really big serpentinite quarry is present in the southern part of the island. This sea-foam-colored rock which happens to be the state rock of California is named after the serpent-looking weathering pattern that develops on it as it weathers away. Serpentinite is a very important rock especially in the subduction zone since it represents the hydrated portion of the mantle and affects the way rocks within the subduction zone make their way to the surface. 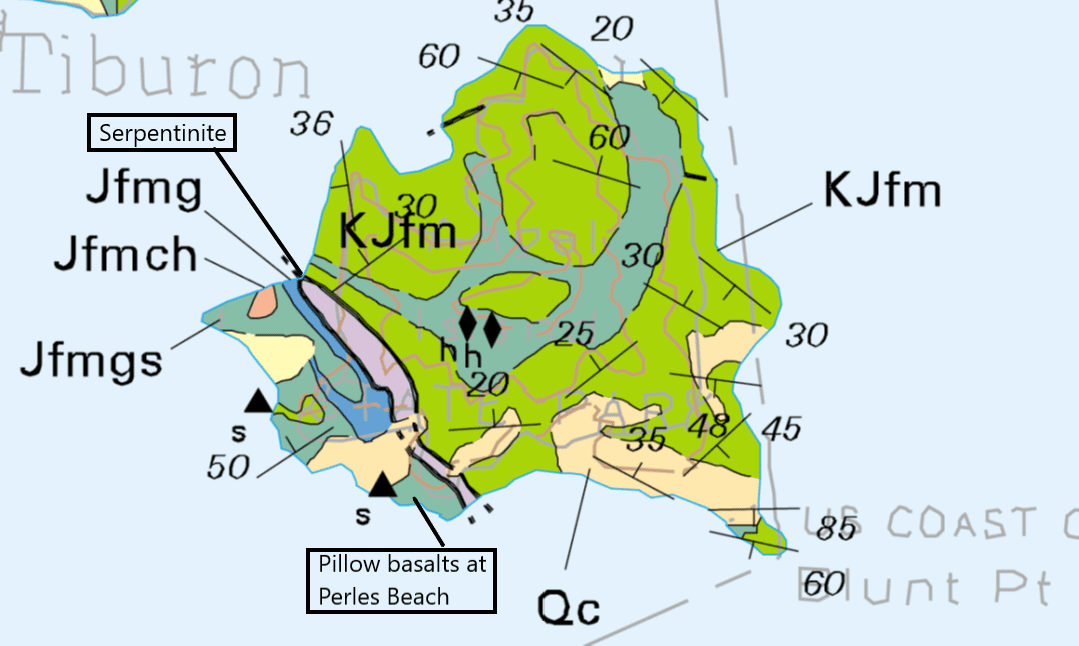 Towards the eastern and northern parts of the island, we see a lot of sandstones in different colors, structures, and orientations. These sandstones look similar at first glance but upon close inspection, they record subtle variations. Some of these variations are different colored clasts, squiggly looking veins, tafoni weathering pattern, higher clay content, different intensity of flattening, clasts that can be seen with the naked eye, different amounts of fractures, different sizes of folds. We recorded all these variations along with how the rocks are oriented across the island for our mapping project. We also collected samples from these outcrops so that we could study them further under the microscope and also extract ages from them.

Finding the ages of these rocks is an addition to our mapping project because the ages could tell us when did these sediments and sand grains enter the subduction zone and how they deformed to form the rocks that we see today. To get the ages of these rocks, we employed a technique called detrital zircon geochronology (geochronology meaning determining the age of the rocks). In this technique, we extract mineral grains of zircon from the samples and then use lasers to vaporize the zircons and get U-Pb (uranium-lead concentration) peaks from them. Zircon is a unique mineral because it contains higher amounts of uranium trapped inside it that over time decomposes to lead. This uranium-lead concentration tells us how old that particular zircon grain is. Now, a given sample of sandstone can contain multiple such zircon grains that can come from different sources like ejected from a volcanic eruption, shed from another rock or ones that grew in place. The key is to figure out the youngest one amongst them since that indicates that the rock formed at least after that. We call this age the maximum depositional age.

The extraction process of zircons out of the sample relies on the fact that zircon is a heavier mineral than the other constituents of a sandstone. Once a bunch of zircons is extracted, they are zapped by a laser beam that creates a vaporized version of zircons. These vaporized particles pass through a plasma whose spectra are studied to find the relevant concentrations of uranium and lead. This process of zapping the zircons is called Laser Ablation Inductively Coupled Plasma Mass Spectrometry (LA-ICP-MS). Once we get the concentrations, we do some reverse calculations to figure out the ages of these grains and then the age of the rock. At the moment, we are figuring out what the ages are telling us about when these sediments entered the subduction zone and turned into the deformed rocks of Angel Island that we see today. 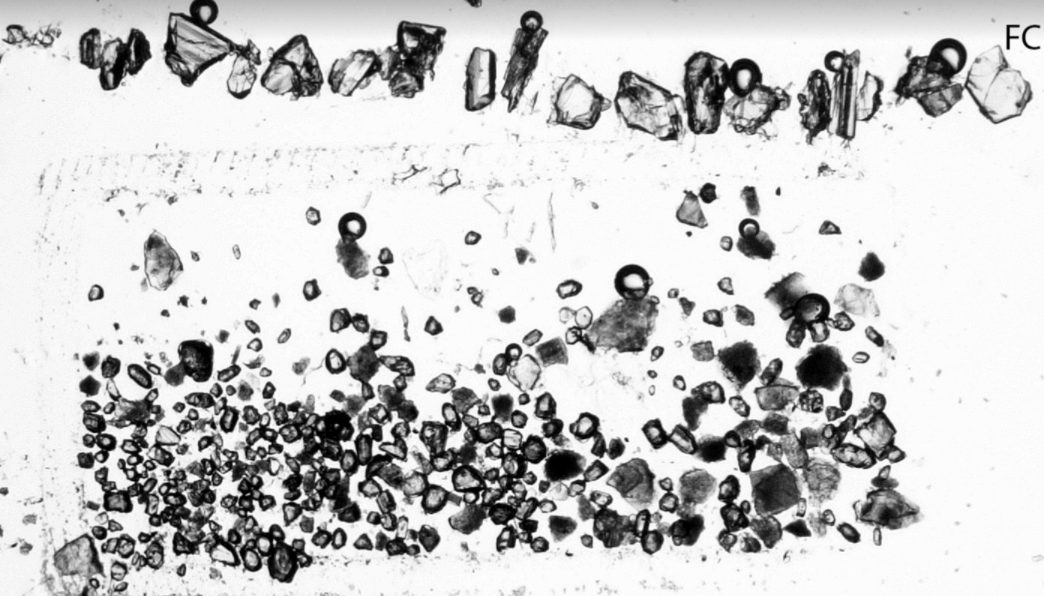 This part of my project was done in collaboration with Prof Owen Anfinson and his team at Sonoma State University, California. Arizona LaserChron Center handled all the zircon LA-ICP-MS U-Pb concentration analysis for this project.