I worked on a variety of projects in the field of Structural Geology during my Masters and summer internships. Currently, I am in Prof Christie Rowe’s Field Rheology Research group . Here is a brief description of my PhD research project and the other projects that I had the pleasure of working on.

Subduction zones, where one tectonic plate dives under the other, host large earthquakes. About 20 years ago, scientists detected faint tremors coming from deep parts of subduction zones. In Cascadia, this signal was called deep tremor and slip. The tremors were accompanied by the shift of the land surface toward the ocean. These signals appear to be revealing deep, slow, nearly silent earthquakes which transfer stress up into the locked zone, where large earthquakes originate. I propose to examine rocks which come from this deep zone, which have been brought to the surface by tectonic uplift and erosion, to investigate the mechanisms of slow, silent earthquakes. Ancient subduction zone rocks are found in a few places at the Earth’s surface and can reveal the mechanisms of locking and slip that produce slow, silent earthquakes. Through field studies and microstructural analyses, I will determine which processes cause these events and investigate the mechanisms behind slow slip. These estimates can be used to constrain tectonic loading (stress accumulation) which controls the earthquake magnitude (size of the earthquake) and recurrence (time till the next large earthquake).

My podcast interview with the good folks at Learn Real Good Podcast where I talk about my rocks, earthquakes, my research project and food!

If you want to know more about what I am currently working on, please visit my blog series linked here.

At the Tiburon ferry site, enroute to Angel Island, California. 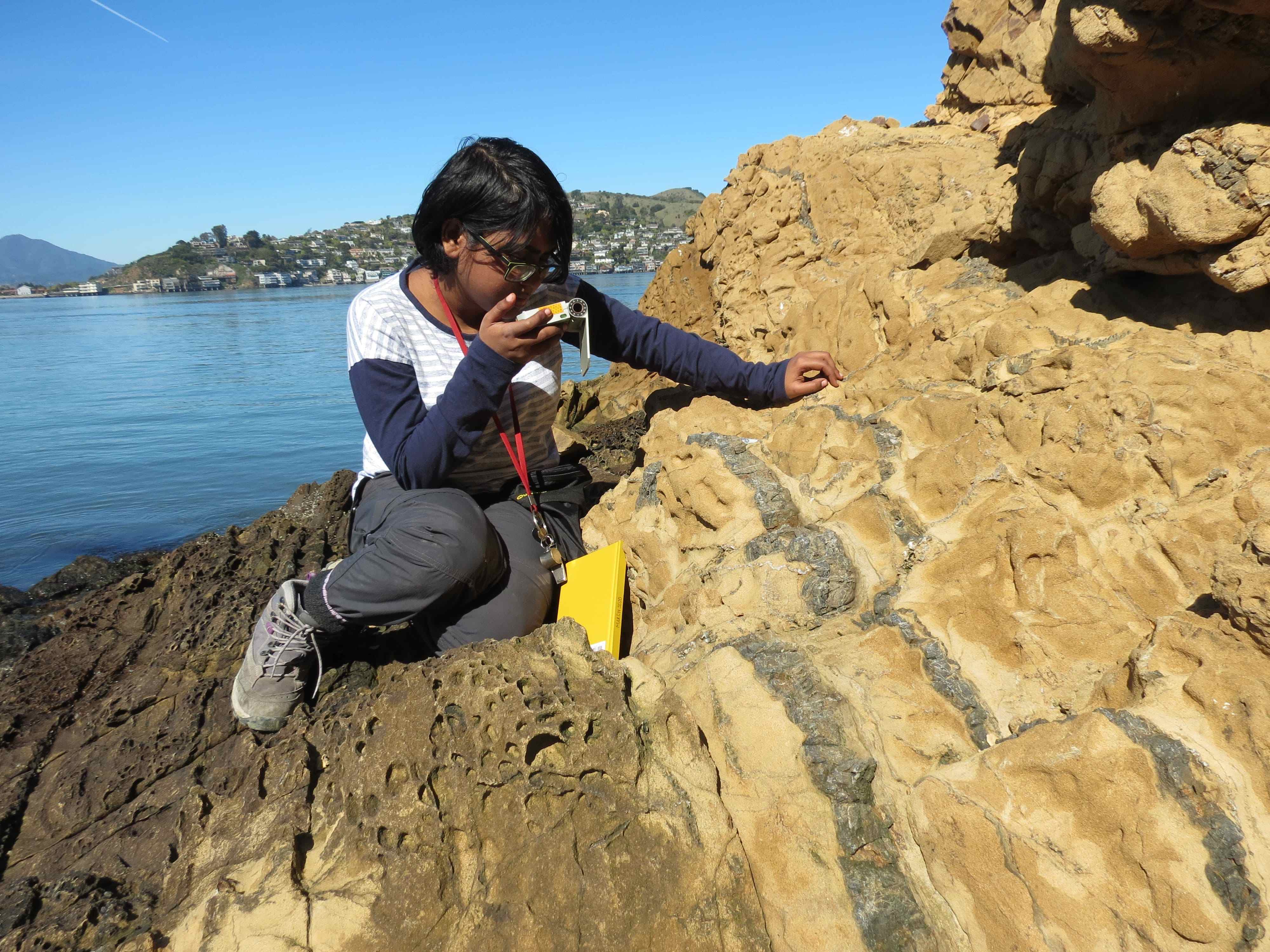 This was my Master’s Home project, supervised by Prof Malay Mukul at the Indian Institute of Technology, Bombay. The Kutch region of Gujarat in western India was the epicentre of the 2001 Mw 7.7 Bhuj Earthquake. Kutch boasts of several fault systems that served as epicenters for historic earthquakes and displacement along these faults helped shape the current landscape of the region. One of these fault systems is called the Katrol Hill Fault (KHF), bordered by the Katrol Hill Range. My project involved mapping the KHF fault segments to determine the variation in geometry of the thrust sheet. Displacement along this fault generated a fault propagation fold (FPF) with a slight variation in orientation due to fault rotation. The fault zone rocks, mostly sandstones with variable quantities of quartz and mica grains, experienced shallow crustal deformation. We determined the strain experienced by these rocks using the Normalized Fry method along a transport parallel transect. Tha hanging wall recorded higher strain than the footwall rocks. The microstructures developed in these rocks showed evidences of brittle fracturing and cataclastic flow, suggesting deformation in an elastico-frictional regime. 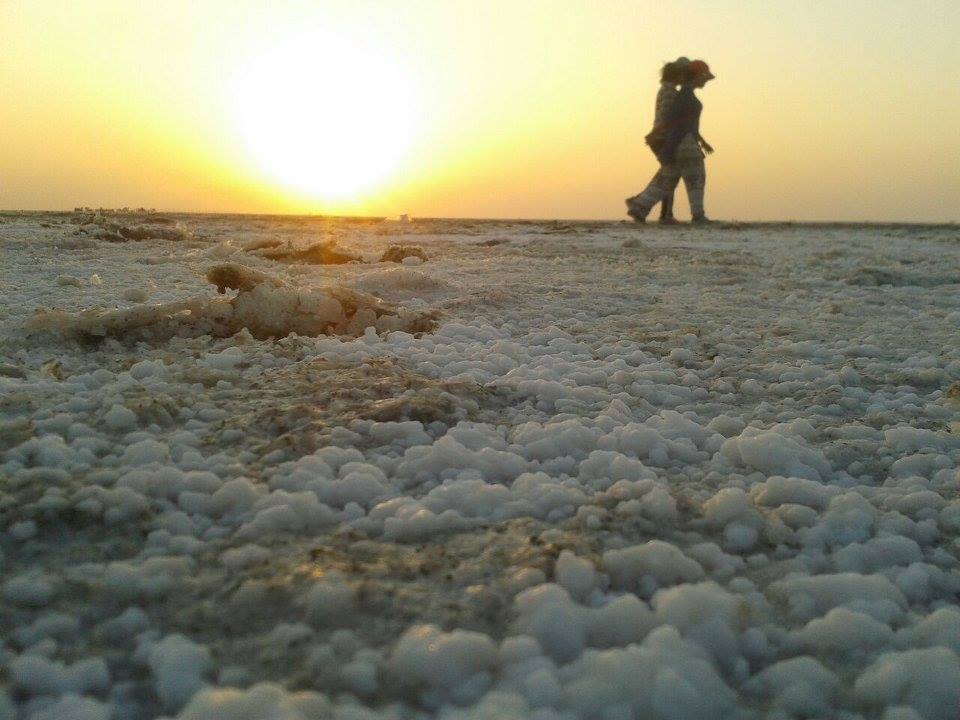 At the Rann of Kutch, one of the largest salt deserts in the world, during a field camp in Gujarat-India. 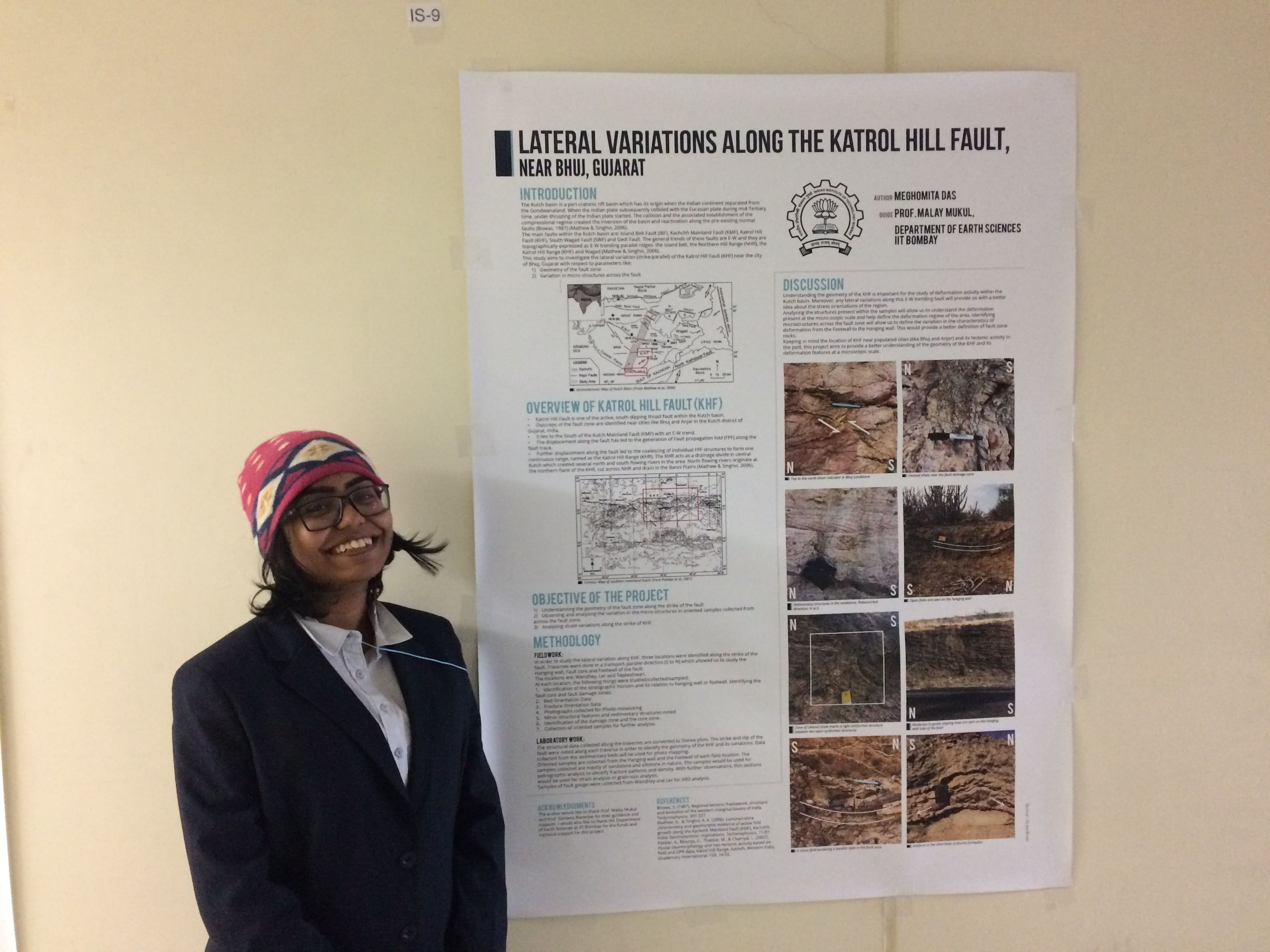 Presenting my Master’s work at the 1st International Symposium of the Hiroshima Institute of Plate Convergence Region Research at Hiroshima University, Japan.

Microstructural investigation of the Towanda Fault Zone in the Appalachian Plateau, Pennsylvania, USA.

As part of my summer internship at University of Rochester, New York under the supervision of Prof Gautam Mitra, I did a minor project on the fault zone rocks of the Towanda Fault Zone. The project started with the overview of the deformation stages along the Appalachian fold thrust belt. I focused on understanding the deformation phases at the Towanda Fault Zone, in northeastern Pennsylvania. Using field and microstructural observations, we deduced 3-4 phases of deformation as preserved by structural fabrics and overprinting relationships between the fabrics. In order to identify minor cryptic fault/fracture planes, we mapped and conducted fracture density counting along a horizontal transect within the Towanda fault zone. Our study revealed that several cryptic fracture planes is present within the Towanda fault zone that allowed for strain localization and accommodated displacement within the fault zone. This project was supported by the S.N. Bose Scholars Program (2017) that allows select Indian students to pursue a funded internship project at a research institution in United States as part of India-United States of America science collaboration efforts. 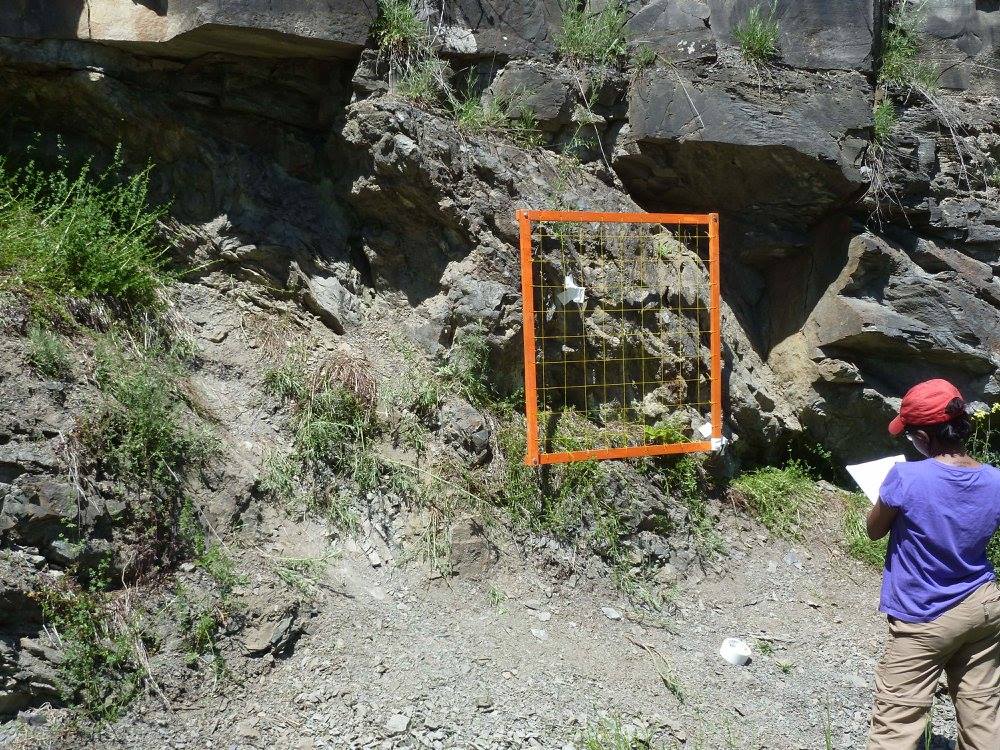 Mapping out a segment of the Towanda Fault Zone, in northeastern Pennsylvania-USA. 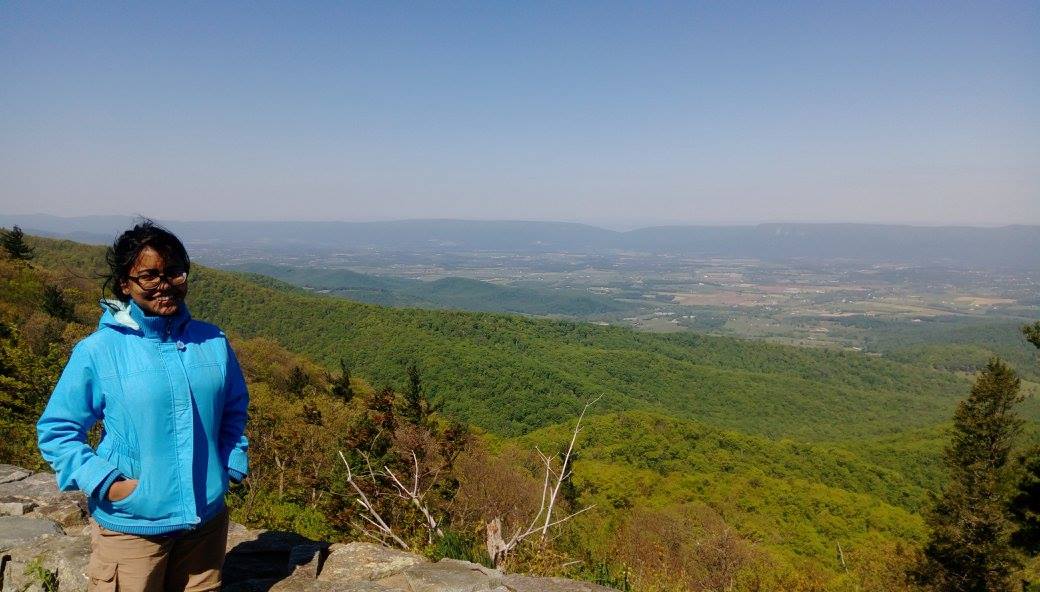 At Shenandoah National Park during a field trip to explore the deformation structures of the Appalachian Mountains, USA.

As part of my undergraduate summer internship at the Institute of Seismological Research (ISR)-Gandhinagar (India), I did a project on using luminescence dating methods to determine the basinal uplift rate for the seismically active terrain of Gujarat in western India. I was mentored by Dr M.R. Kumar and Dr. Siddharth Prizomvala for this project. OSL dating provides reliable ages, especially for the age range where the radiocarbon dating methods are not feasible. I got an overview of the entire process of OSL dating from sample collection to data processing and analysis. I worked on quaternary sediments and terrace deposits accumulated along river basins that are cross-cut by active faults to determine uplift rates. In combination with sedimentological characteristics of the samples, I reconstructed the paleo-depositional and paleo-seismological history of one of the river basins in Gujarat. This project added on to the growing data base of paleoseismological uplift rates of the tectonically active Gujarat basin of India.

McGill University is based in Tiohtiá:ke/Montreal, the traditional and unceded territory of the Kanien’keha:ka (Mohawk) - a place which has long served as a site of meeting and exchange amongst many First Nations including the Kanien’kehá:ka of the Haudenosaunee Confederacy (also referred to as the Iroquois or Six Nations Confederacy), Huron/Wendat, Abenaki, and Anishinaabeg. As a field-based researcher, I am constantly working on lands that belong to Indigenous nations. At Angel Island-California, I am working on the lands of Coast Miwok, Muwekma and Graton Rancheria nations. At Towanda-Pennsylvania, I worked on the lands of Haudenosaunee Confederacy and Susquehannock nation. At Kutch-India, I worked on the lands of several Kutch tribes, namely: Rabari, Ahir, Jats, Harijans, Sodha, Mutwa, and Node. I acknowledge and thank the nations whose lands I got the opportunity to work on. References: Native Lands and Tribes of Kutch